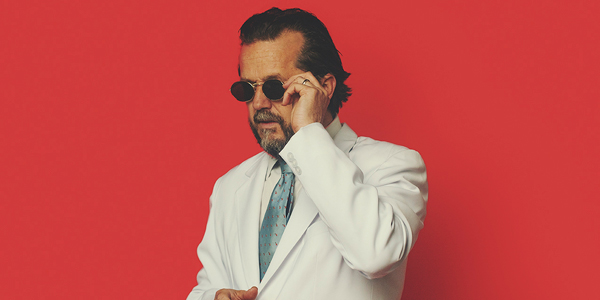 Barney McAll’s music is the rainbow in the oil slick of political and global chaos. He came up through the downtown 90s New York scene playing the piano with some of the great spiritual jazz heavyweights like Gary Bartz, Roy Ayers, Dewey Redman, and Billy Harper. He also submerged himself in a river of unadulterated funk with the likes of Maceo Parker, Fred Wesley, Clyde Stubblefield, and The Groove Collective which earned him a Grammy nomination.

Later as musical director for Sia and Daniel Merriweather, he began delving into more pop and electronica and understood he could unite all of his influences into a dark light bizarre blend of improvisation, composition, and percussive offensive funk. At 3:30 am on stage at Strawberry Fields Festival, he underwent a gestalt shift whilst engaged in a ritualistic soundscape as his band roared on (members included players from Hiatus Kaiyote, Godtet, and Laneous) and realized that Carl Jung was correct, “The Shadow IS 90% pure gold”.

2019 saw multiple releases from Barney – a Research Records release, “Mother Of Dreams And Secrets”, recorded and two singles; “Sweet Water”, for Wondercore Island’s “Seven Wonders” compilation, and “Precious Energy for Pharoah Sanders”, both of which were picked up by Gilles Peterson, Eavesdrop Playlist and other tastemakers.