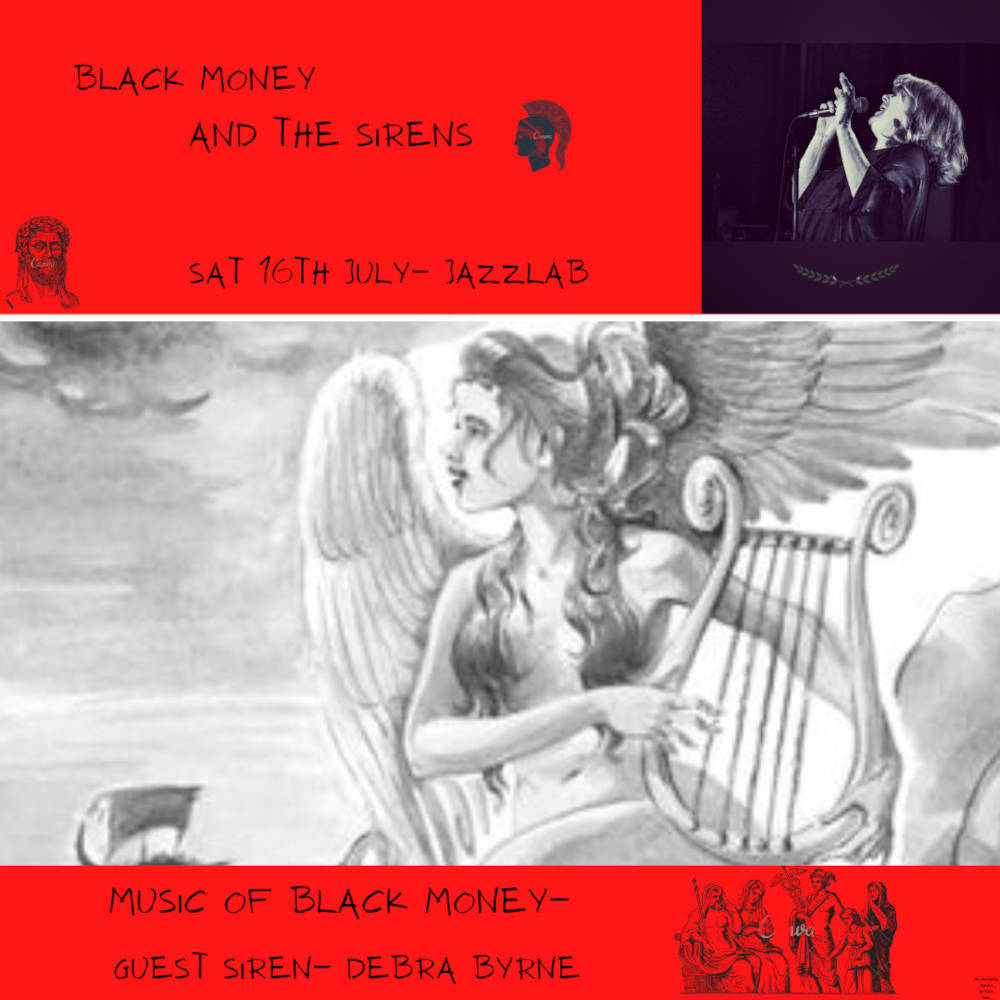 John McAlls project ‘Black Money’ has been popping up on the Melbourne scene for over a decade now. Mainly playing new works and occasionally arranged standards. The line-up is always a six piece; Jazz trio and three horns. Always outstanding, top of the range, group players and soloists.

The project has existed in a parallel universe to Johns main game which has been as Musical director to the big names in Australian Music. Originally being launched with the support of the MJC after the first New York recording the self-titled ‘Black Money’. The group then recorded Alter Ego with Mal Stanley of the ABC then Secular, the most recent, was recorded with the support of Creative Victoria. The series will also be “working in” pieces from the
forthcoming “Pass the Rainbow” album which will be made in August/September this year.

Black Money and the Sirens is a series where John will ask different singers, Sirens, to choose a suite of songs and these will be arranged for the group in a “Black Money” style. ‘Singers choice’ of material. The songs can be from original repertoire and, hopefully, represent the singers in an uncharacteristic or unusual way.

Each night will feature beautifully executed McAll compositions, extemporisations, and contemporary jazz arrangements and be complemented with one Siren.

The first night of this adventure will be tonight and with no better example of a “Siren” than Debra Byrne.

Please come along for this inaugural series launch.