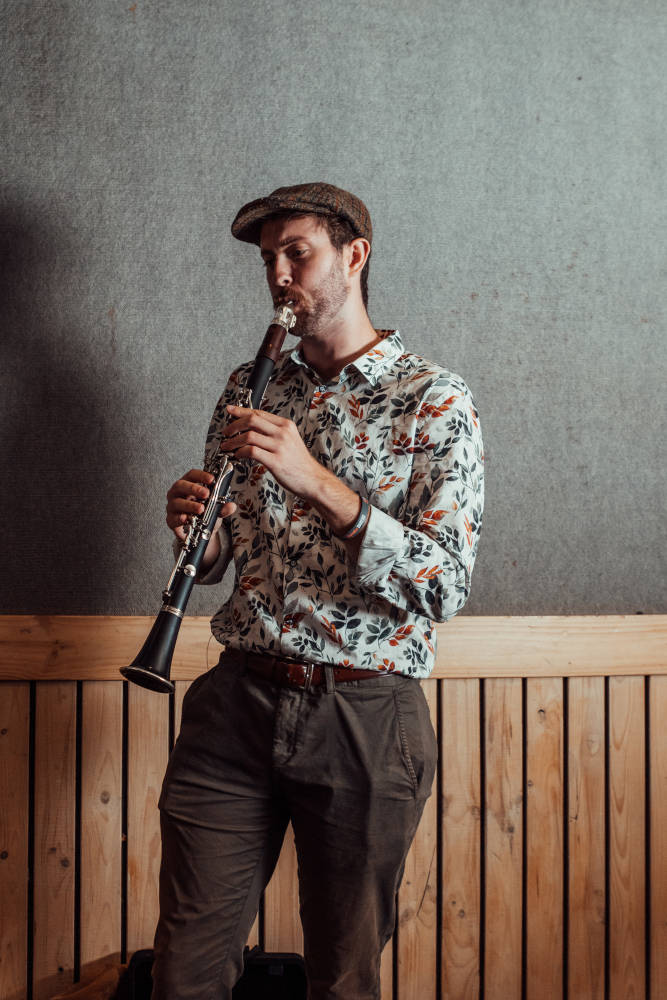 Born from the completion of his Honours degree in 2021, clarinettist Cameron McIntyre’s latest project focusses on the recognition and reimagining of the very roots of traditional jazz in Australia. This ensemble aims to celebrate the music of David Dallwitz and his esoteric personality that is at the forefront of his most famous compositions.

After high school, Cameron spent several years studying at the Berklee College of Music in Boston. It was both his studies here and his time touring in New Orleans that allowed him to gain a greater understanding and appreciation for the music that has continued to be a big part of the scene in Melbourne.

Cameron and his “Greater Melbourne Tweed and Breakfast Society Orchestra”, as well as several special guests are excited to present to you the original music of Cameron’s Honours project, as well as several of his favourite jazz standards for what will be a grand night of syncopated, energetic, danceable music.