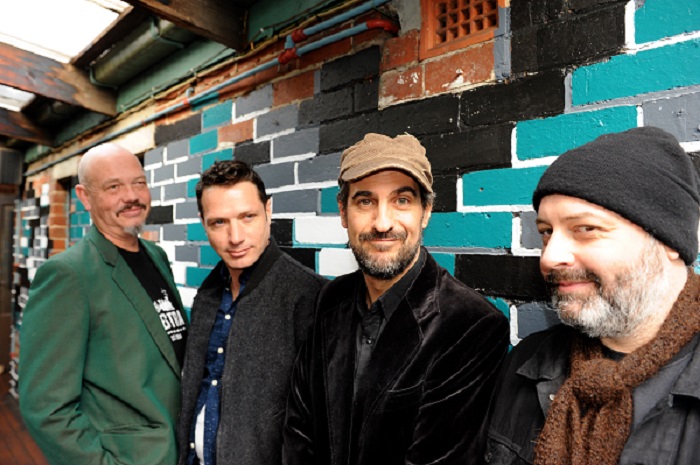 With the recent release of their highly acclaimed ‘SUN Sessions’ album recorded at the legendary Sun Studio in Memphis, Tennessee, Checkerboard Lounge, Semi-finalists at the 2020 International Blues Challenge in Memphis TN, is gaining the attention of another new generation of audience!

From deep within the veins of Melbourne’s music scene, Checkerboard Lounge has become a cult-like underground institution. The brainchild of renowned singer and drummer Carl Pannuzzo, the band has evolved over thirty years; breathing fire, virtuosity and improvisation into classic soul and roots originals.

Mischievous and unyielding, Pannuzzo is joined on stage by master guitarist Shannon Bourne, Hammond virtuoso Tim Neal, and incredible bassist Zoe Frater. World-class musicianship, unbridled passion and an almost telepathic ability to create, Checkerboard are a powerhouse to be reckoned with. The spirit of the blues is palpable throughout their performances, all the while with an infectious and raucous sense of play.

From standing ovations at Wangaratta Jazz Festival to crammed inner Melbourne pubs, no two shows are the same. Vibrant and unforgettable, Checkerboard are a tour-de-force demanding honesty, integrity and truthful musicianship; the very essence of a live music experience.

Ever since their famed seven-year residency at the Great Britain Hotel in the early 90s, many budding young musicians have cut their blues teeth with the uncompromising fire of this band’s energy. Checkerboard has inspired the development of some of Australia’s finest musicians and bands (Powderfinger, Dirty Three, Clare Bowditch, Jet, Spoonful/Rocket Science, Kylie Auldist, to name but a few). Checkerboard’s point of difference has always been playing with a myriad of musicians and throwing them into the improvisational hot-seat.

Thirty years on, with the band’s strongest ever line up, Checkerboard continues to leave musicians and audiences enthralled by their single-minded creativity.

“You could run a small city off these guys…” ~ Fiona Boyes

“This band takes you to a place you’d not expect to find yourself in within the normally understood confines of the the Blues form. The collective rapport you have within the band is a wonder to behold, a total trust in each other that allows for an open ended approach to everything you play.” – Robert Calvert