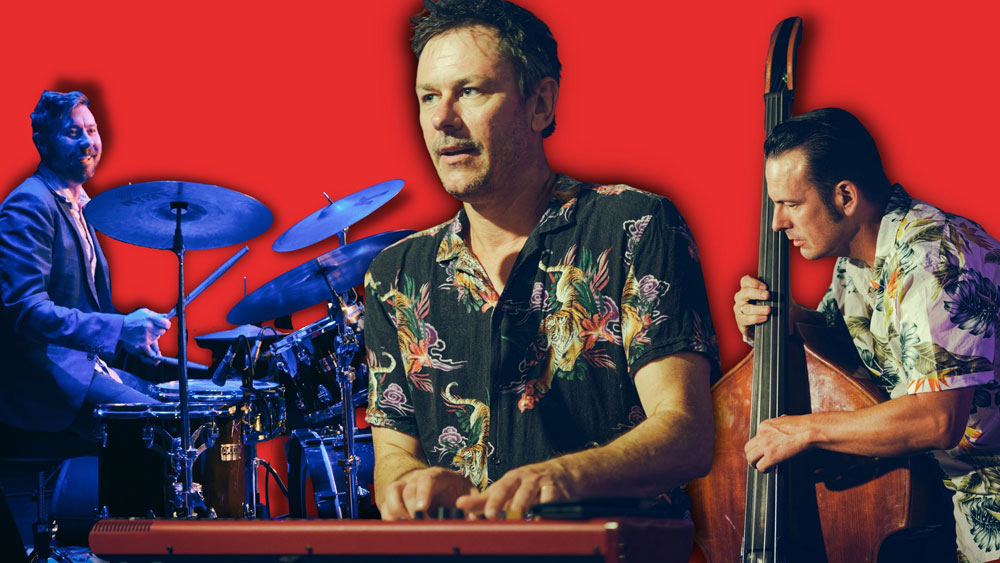 Damon is a multiple award winning singer-songwriter, music producer, writer, instrumentalist, filmmaker and performer from Perth, now living in Melbourne. As a musician and singer, Smith’s performances are punctuated with expert musicianship and razor sharp wit, creating a hugely dynamic stage presence. His virtuosic piano style, original songs and ‘whiskey as’ voice serve stylistically, as a nod and a wink to the likes of Dr John, Nina Simone, Donny Hathaway & Hank Williams and Harry Connick Jnr.

His music has been featured on television, theatre stages and in films and he has been featured and interviewed on radio, in podcasts and on live TV – the most recent being on ABC Breakfast News, ABC Classic, RRR, PBS, RTR, (Perth) Joy FM, Cinema Australia, Film Ink Magazine and on Channel 31 and in April 2022, will feature on SBS.

Damon also produces and films the popular YouTube video performance series, ‘The Night Sky Is A Jewellery Store Window’ and has made over 50 videos (and counting) that feature local and international singer-songwriters including, Barney Mcall, Iiz Stringer, Ruby Boots, James Kenyon, Davey Lane, Anna Cordell, Ivan Zar, Ben Mastwyk and more. This project has jumpstarted careers and has been an excellent content provider for festival and grant applications.

“Damon is a better than competent producer & accomplished multi-instrumentalist. his trackrecord of successful touring productions, is impressive and well documented” – WILBUR WILDE

“This is one songwriter that you simply must experience live. like his lyric says, “…I’m like the sun and my rise has just begun”.- FEELING THEBEAT

“Multi-instrumentalist Damon Smiths skill on the piano was almost outshone by the quirky but entertaining comedic interludes that peppered this performance”. – ArtsHub.