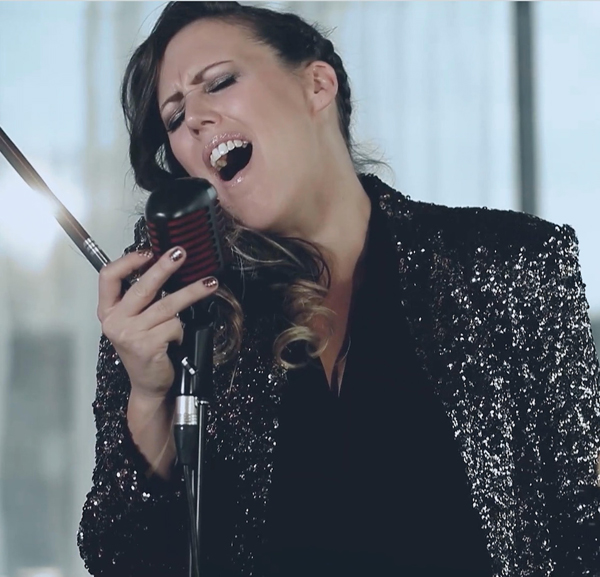 Fem kicks off the new year with a host of mates!!!
Extra special guest Dan Gassin (France) on piano
Remco Keijzer on sax
Aaron McCoullough on drums
and more!

South African born & bred vocalist and violinist, Fem Belling is a rising star on the international jazz scene and has become one of Australia’s most formidable and in demand performers. Her African Jazz and theatre roots augment her unique musicality, choices and interpretations. “A breathtaking storyteller through music.”

The jazz world hums with ubiquitous young singers revisiting the great American songbook. Then one comes along with stagecraft and an instrumentalist’s refrain. Fem Belling is an award winning West End leading lady with a spectacular breadth of range. A master force on old repertory bringing ideas from all angles to the familiar art of standard’s-singing.  With a sophisticated palate embracing unexpected genres, Fem has an energetic appetite for braiding musical styles. Fem shot to international attention when she turned all 4 chairs on ‘The Voice’ with Ricky Martin, Jessie J & Delta Goodrem fighting for the chance to mentor her. Jessie J won out, saying she has been “waiting for someone like this”.

With 5 Vita awards under her belt, a Green Room Award nomination for Best Leading Actress in a Musical, she performed for Her Majesty the Queen at the Royal Variety. Lead roles in West End shows include Hairspray, Fame, and Footloose. International shows such as Little Shop of Horrors, Nunsense and Cats & Liza Minnelli in THE BOY FROM OZ.

“Belling is a pocket rocket with a versatile vocal palette and a gift for improvisation. If it’s music you want to hear, you won’t be disappointed by these lush and limber jazz styling’s” – The Herald Sun