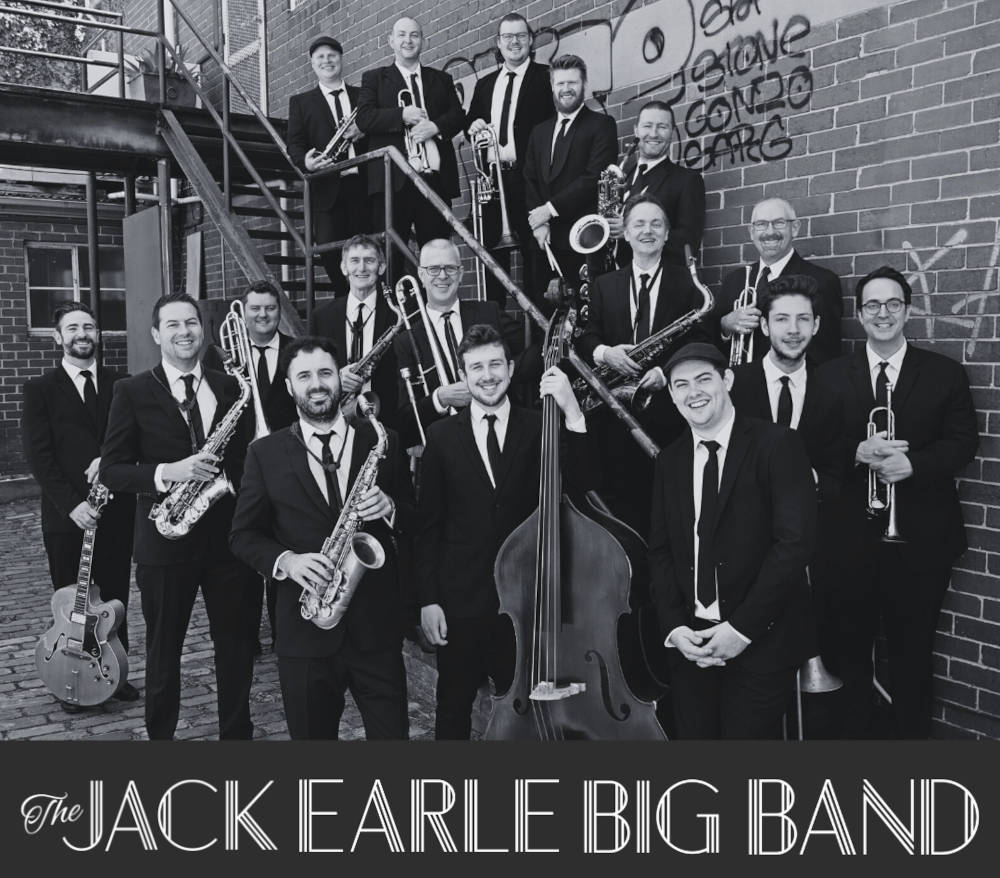 Jack Earle is well established in the music industry as a performer and accompanist in multiple genres, with an esteemed reputation in musical theatre and jazz circles.

The Jack Earle Big Band is one of Australia’s most exciting large jazz ensembles. At the age of 12, Jack thought it was normal behaviour to establish the band for a local community festival performance. From these humble beginnings, Jack endeavoured to grow the band’s reputation and start booking performances at local jazz clubs, which became regular performing and recording opportunities, making the band a highly sought after group for performances at council and corporate events, as well as workshops and performances at schools and universities.

Featuring world premier performances and unique original music, this is sure to be a concert not to miss.
+ Add to Google Calendar+ Add to iCalendar