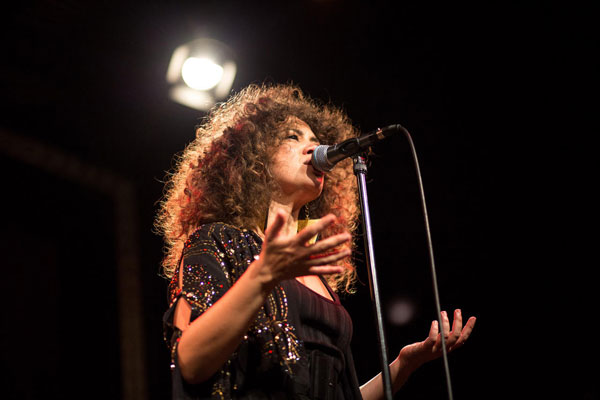 With a career spanning 25 years, and a rich musical history steeped in R&B and Jazz, multiple ARIA award nominee and APRA award winner Jade MacRae returns to Australia in 2021, armed with her latest soulful offering, the acclaimed LP “Handle Me With Care”.

Touted by The Guardian as; “the perfect comeback vehicle, with a subtle 60s-leaning”, Jade’s latest release pays homage to classic R&B and Soul and chronicles some personal heartbreak, dealing a full hand of love and survival and opening the door to a new chapter for the much beloved Sydney songstress.

Having spent much of the past 4 years on the road with US blues guitar juggernaut Joe Bonamassa, gracing stages such as Royal Albert Hall, Red Rocks Colorado and The Greek Theatre LA, Jade is thrilled to be returning to Australia and launching her highly anticipated new single “Weather The Storm”.

Joe heralds Jade as; “one of the most naturally gifted musicians I have ever encountered. Jade is what you would call a singer’s singer and musician’s musician. It is rare to see the combination of soulfulness and technical dexterity meet in such a great way.”

Jade’s unmistakable tone saw her cast as the voice of “Cynthia” in the Cannes hit film “The Sapphires” and she remains highly sought after as a film,TV (The Voice, It Takes Two) and studio vocalist to producers and artists the world over.

“MacRae opened her mouth, and her power was matched both by the unswervingly rich tone across her considerable range and by her contagious energy” – John Shand – Sydney Morning Herald