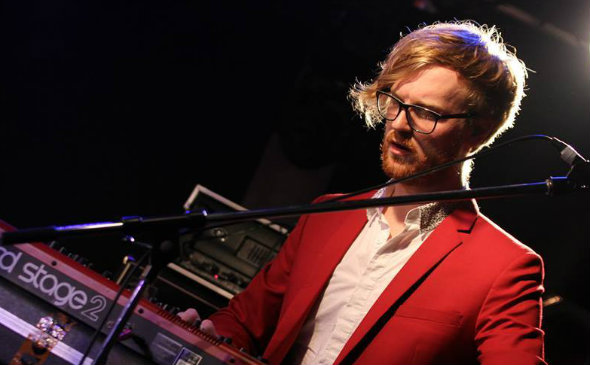 James Bowers has been busy on the local scene for around a decade, including Julia Stone, Vaudeville Smash and Sex on Toast.

His long-awaited debut album as a leader, “My Trio Album” was recorded in Tokyo, featuring Marty Holoubek (bass) and Shun Ishiwaka (drums). Musically the album ventures into sonic worlds inspired by modern jazz, metal, groove music and 20th century classical music. It received a 5 star review in The Weekend Australian.

With Marty Holoubek here on a brief visit from his base in Tokyo, they will perform mostly material from the Trio album, together with a couple of new tunes, with longtime musical accomplice, James McLean (drums).

My Trio Album by James Bowers