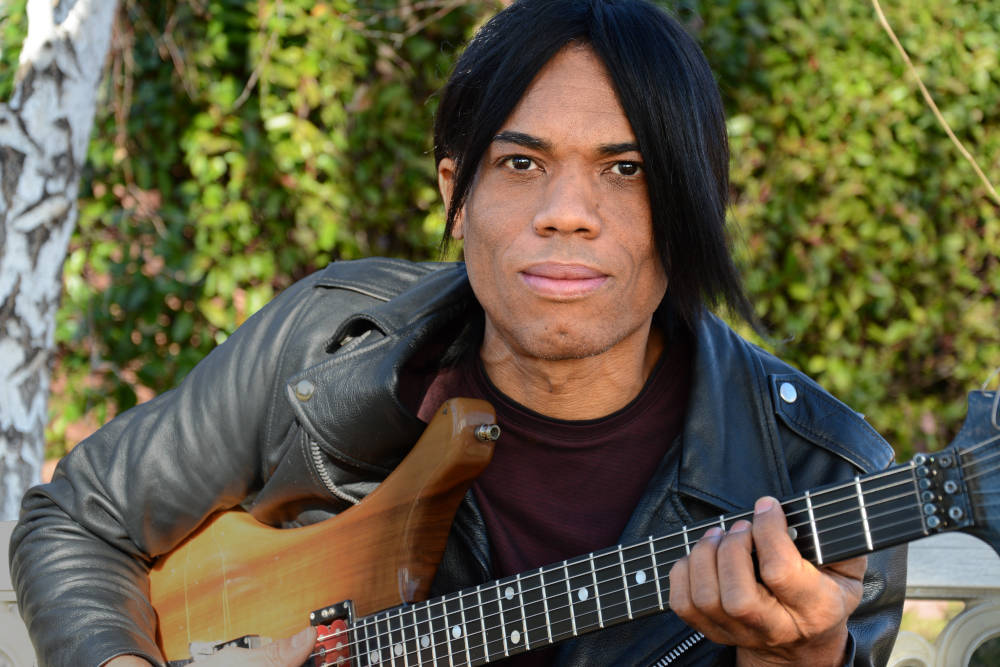 One of the most lauded and daring modern jazz guitarists of our time, Stanley Jordan is coming to Australia’s east coast for a headline tour in August 2022, including a special guest slot at Sydney Guitar Festival.

A true maverick, Jordan is known for his signature mastery of a special technique on the guitar’s fretboard called ‘touch technique’, which sees the charismatic virtuoso use an advanced form of two-handed tapping, instead of conventional strumming and picking.

In an illustrious career spanning four decades, Jordan has earned four Grammy Award nominations, with worldwide commercial and critical acclaim throughout, since first coming to prominence with the release of his 1985 album Magic Touch, a revolutionary project that placed him at the forefront of re-launching legendary Blue Note Records into a contemporary entity in jazz and beyond, and also established the then-twenty-something Jordan as among the most distinctive and refreshing new voices of the electric guitar.

Jordan consistently displays a chameleonic musical persona of openness, imagination, versatility and innovation. He can always be counted on to take listeners on a breathless journey into the expected … be it bold reinventions of classical masterpieces or soulful explorations through pop-rock hits, to blazing straight ahead jazz forays and ultramodern improvisational works—solo or with a group.

While a handful of other players use similar techniques, Stanley’s fluid, multi-layered textures and sheer virtuosity have raised the bar for excellence. But his technique, though impressive, is always a means to a musical end. His music is imbued with a warmth and sensitivity that has captured the imagination of listeners worldwide. A classically trained pianist before playing guitar, Jordan wanted greater freedom in voicing chords on his guitar, so he applied piano principles to do so.

Jordan’s touch technique allows the guitarist to play melody and chords simultaneously with an unprecedented level of independence. It also allows Jordan to play simultaneously on two different guitars, or even on guitar and piano. He says, “I think of it as a single instrument, but one with a wide range of tonal colors—that’s why I do it.”

Jordan’s most recent album ‘Friends’ was nominated for an NAACP Image Award. Los Angeles Times jazz critic Leonard Feather wrote, “Genius is a word often tossed around in musical circles, but it has been rightfully applied to Stanley Jordan.” Stanley is committed to music as an artistic, spiritual, and even health-promoting endeavor. He has been immersed for more than a decade in music therapy, towards which he is now working for a master’s degree at Arizona State University. His involvement with music therapy leads him to do outreach in schools, hospitals and other venues wherever he tours.

He is an artist-spokesperson for the American Music Therapy Association, and he has done numerous lectures and demonstrations on the healing applications of music. Jordan has maintained an extensive and consistent international touring schedule. In between tour stops he is now at work on his next highly anticipated album from Mack Avenue Records, for release next year.