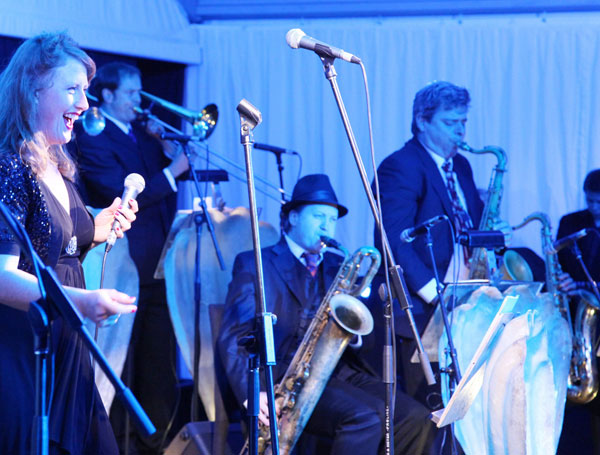 Formed around the turn of the century by double bassist Steve Purcell as a Count Basie style dance band, The Pearly Shells Swing Orchestra has evolved over more than 20 years to become a unique Melbourne musical institution with an enormous repertoire of original charts and ties through out Melbourne’s musical universe.

The Pearly Shells mix their own arrangements of 40’s and 50’s big band music with Jump Blues, Swing Jazz, RnB, Boogie Woogie and Latin styles and play it all with the drive and enthusiasm the music demands and deserves.