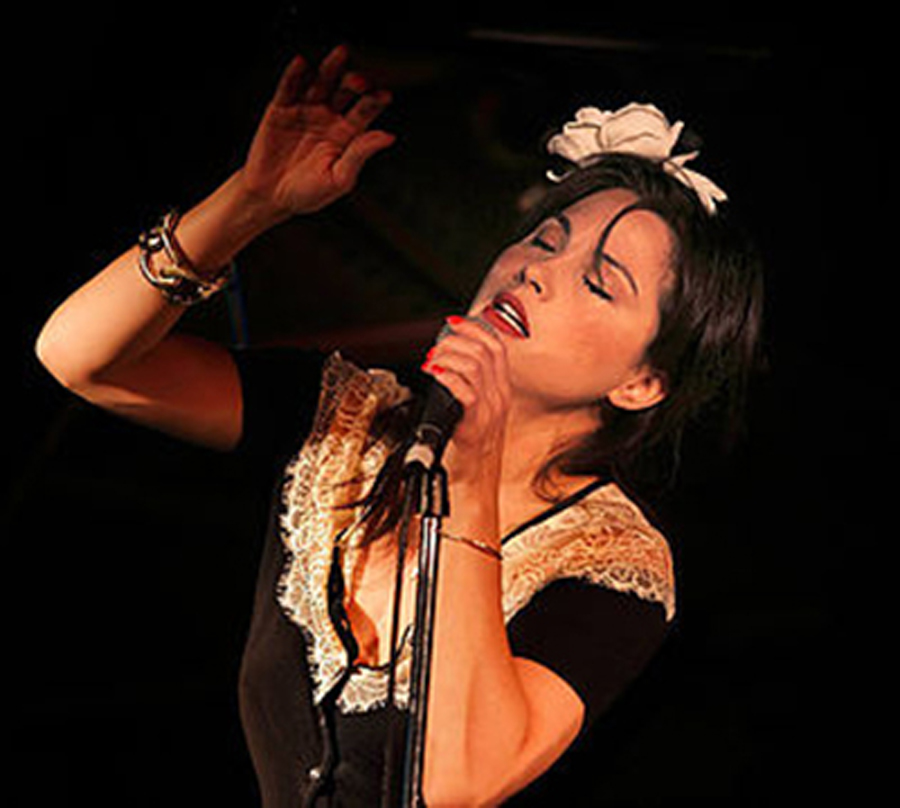 Growing up under the influence of jazz pianist/arranger father Noel Mendoza, Rebecca started on the Jazz scene at an early age singing the swingin’ and sultry songs Cole Porter, Gershwin and Van Heusen to name a few. One can tell that Sarah Vaughan and Nancy Wilson were some of the greats that Rebecca grew up listening to hence forming her style and technique.

Although steeped in jazz history, Rebecca attributes her stage craft and her ability of breaking down and connecting with a song to the wonderful internationally acclaimed shows, directors and actors she has worked with over the years. Some of her stage works include the original Australian production and German production of Miss Saigon, Show Boat, Hair, the original stage production of Lord of the Rings in Toronto, Canada which was nominated for a Dora award. Rebecca was also invited to sing at Noosa Jazz festival where she performed a Billie Holliday tribute show, which she major success and sell out performances.
Her style is her own, especially as her sets are infused with personal anecdotes of her life and what those jazz standards mean to her.

Songs such as My Romance, Embraceable You, The Shadow of you Smile and Black Coffee
– An amazing vocalist this is a show not to be missed!!